In the Old town of Tallinn, you feel as if you have stepped into life as it were in the 14th and 15th centuries. Soaring cathedral spires and sentry towers, all connected by a labyrinth of cobblestone streets, most of Tallinn has the appearance of a medieval settlement. But don’t let that fool you. Tallinn is a major Baltic port and naval station and an important industrial center. Tallinn, the capital of Estonia, lies on the southern coast of the Gulf of Finland, only 70 km south of Helsinki. The well preserved old town has even been inscribed on the UNESCO World Heritage List.

And if you happen to stay at the Hotel Viru, you would be interested to know that during the Cold War every room here was tapped and monitored by the KGB!

The origin of the name is thought to be derived from Taani-linn, meaning Danish castle. In the early 1920s the official spelling of the city name was changed from Tallinna to Tallinn.

The climate in Tallinn is characterized by a fairly cold winter, a cool spring with little precipitation, a moderately warm summer and a long and rainy autumn. The months of June to September are the best time to visit Tallinn. This is when Tallinn is at its liveliest, with festivals packing the summer calendar. To experience Tallinn without hordes of tourists, plan a trip between October and May.

Historical Overview
The city has been an important port for trade between Russia and Scandinavia, due to which it became a target for the expansion of the Teutonic Knights and Kingdom of Denmark during the Northern Crusades. Danish rule of Tallinn and Northern Estonia started in 1219 when King Waldemar II established a fortress on the site. The castle’s stone walls and sentry towers still stand tall in the city today.

In 1285, the town joined the Hanseatic League—a mercantile and military alliance of German-dominated cities in Northern Europe, and soon attained considerable commercial importance.

In 1346 the Danes sold Tallinn and some other territories to the Teutonic Knights. It was acquired by Sweden in 1561 and was annexed by Russia in 1710. With the start of the Protestant Reformation, the German influence became even stronger as the city was converted to Lutheranism.

During the 17th and 18th centuries, war and disease took heavy human and economic tolls on Tallinn. The city’s fortune reversed only in the 19th century after the Russians built railroads and developed industries in the region.

In 1920, the Tartu Peace Treaty was signed with Soviet Russia, wherein Russia acknowledged the independence of the Estonian Republic. Tallinn became the capital of an independent Estonia.

The city was occupied again by German forces in 1941. Retaken by the USSR in 1944, the city then served as the capital of the Estonian Soviet Socialist Republic (SSR) until 1991, when an independent democratic Estonian state was re-established and a period of quick development to a modern European capital ensued.

Things to Do
The town is a jumble of medieval walls and turrets, needling spires and winding, cobbled streets. The old towns (Lower Town and Toompea) are best explored on foot; and the eastern districts around Pirita and Kadriorg are also worth visiting.

You could take your time and explore, discover and enjoy the sights or if you are in a hurry, just glance through some of the best the city has to offer.

Suggested Outings
Day 1: Old City (Toompea)
The excellently preserved Old City built in the 15-17th centuries keeps most visitors occupied during their stay. The winding, cobbled streets of the medieval capital take you past half-hidden lanes, courtyards, spired churches and old, merchant houses. the Old Town is divided into two parts: Toompea Hill, which was home to the gentry that lorded over the countryside, and Lower Town, which was a separate political entity with rights as an autonomous town.

Start your walk from Viru Gate, which is now Tallinn’s trendiest shopping spot, then head up to the Niguliste Church. It is now a museum and houses Tallinn’s most famous work of art, an enormous fragment of Bernt Notke’s 15th-century masterpiece Dance Macabre. Destroyed during World War II and rebuilt during Soviet times, the church now houses a fascinating collection of medieval religious art. The church is also known for its organ concerts held here every weekend.

Another marvel is the Lutheran Cathedral (Toomkirik), which was originally built as a hospital in the 16th century. It has also served as a weightlifting room under the Soviets, before being returned in 1993 to the Swedish congregation.

The major attraction this side of town is the Toompea Castle built on the spot where the ancient Estonians’ wooden fortress stood before the 1219 Danish invasion. It houses the Riigikogu, Estonia’s parliament. On one corner of the castle you can see Pikk Hermann tower with the blue, black and white tricolour flag waving above it.

Day 2: Old City (Lower Town)
This area is one of the best preserved old towns in Europe. Some of the must-see sights include Raekoja plats (Town Hall square), which as a medieval market and a modern meeting place, has been the heart of city life for eight centuries. With the Town Hall behind you, you can marvel at some of the most magnificent examples of Gothic architecture in the city. Keep a look out for a circular stone in the centre of the square marked with a compass rose.
From here, if you position yourself correctly, you can see the Tallinn’s five most famous spires.

Don’t forget to take a walk along the the town walls and towers. One in particular, the Kiek in de Kok, built in 1481, is a 45 m, six-storey cannon tower that played an important role in the Livonian War and till date has nine of Ivan IV’s cannonballs embedded in its walls to prove it. Medieval soldiers used to joke that from the top of the tower, they could see right into the kitchens of the houses below – hence the odd name. The tower is now used as a city museum and gives visitors an excellent introduction to the history of Tallinn’s defenses. Three of the floors are reserved to showcase contemporary art.

Make the St Olaf church tower your next stop. The tower’s 124 m spire is a Tallinn landmark, and is said to be the tallest building in Europe in its time. Legend claims that the church was built to attract more merchant ships to the town by a mysterious craftsman. The church was named after the canonized Norwegian king, Olav Havaldsson.

Day 3: Outside the Old City
There are many sights to marvel at a leisurely pace just outside the olad city. They are as diverse as you can expect ensuring that you don’t get bored! The Museum of occupations features the life and condition of the city and its people under the Soviet and Nazi regimes.

You get to witness a totally different aspect of the region when you visit the Tallinn Zoo. It is an enormous sanctuary that holds among its live exhibits some of the world’s best collections of mountain goats and sheep.

And since it is a port town you would expect to go by the seaside. Here you can see the Museum ships Lembit and Suur Toll. This is Tallinn’s old sea-plane port home to the Maritime Museum’s ships. One of the most fascinating exhibits here is the Lembit submarine, launched in England in 1936, which served in Estonia’s navy. Its interior retains its original aura and visitors are allowed to examine the torpedo tubes and cramped bunks. The Suur Toll is the world’s largest surviving steam-powered icebreaker and, since its launch in 1914, has spent decades keeping the Baltic waterways clear.

Day 4: Kadriorg
Two kilometers east of the city centre, this former palace of Peter the Great, now houses part of the Art Museum of Estonia, and the presidential residence. You can even take a stroll in the surrounding grounds that include formal gardens and woodland.

Kadriorg is a beautiful sea-side resort with wooden buildings from the 18th to the 20th. Here you can also see the magnificent Kadriorg Palace and Garden.

The Kadriorg Palace is an imperial Russian Summer Residence built by Italian architect Niccolo Michetti. This Northern Baroque palace was built in 1718 at the request of Russian Tsar Peter the Great and is situated in a 90 ha park in the eastern part of the city. The emperor named the estate after his wife Catherine I (‘Kadri’ in Estonian). The tsar himself preferred to stay in a modest house nearby. Currently the palace is home to the Kadriorg Art Museum and houses painting collections and other art. A part of the complex is nowadays occupied by the Office of the President but visitors get to see the ornate Great Hall, and the room upstairs that served as president’s office in the 1930s. Don’t miss the opportunity to take a walk in the lavishly manicured gardens. 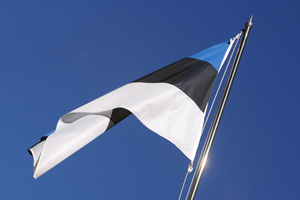 Pirita, with forest parks, Botanical Gardens and Metsakalmistu, the last resting place of well-known Estonians, is a great way to end your trip. Walk through this coastal district just 2 km from Kadriorg and take in the balmy air. The marina here was built for the Moscow Olympics of 1980, and you can also hire boats for a trip down the Pirita River.

Keep walking and you will come to the Holy Birgitta Monastery, situated near the beach area. it is a monastery and a guest house operated by the nuns and as well as a landmark of 16th century catacombs and ruins.

Not the most romantic spot, but the Battery Prison is a must-see. It is a cannon fortress built around 1840 to protect the city from the sea-born attacks and has also served as a Soviet prison till 2004. You could take one of the jail tours, which include single and torture cells, prison meal and, of course, execution. Definitely not for the weak hearted.

For some spectacular views of the city, and even of Finland on a clear day, go to the Tallinn TV Tower, a 314 m high free-standing structure with an observation deck on the 21st floor.

End your tour at the Estonian History Museum that showcases the 19th and 20th centuries within this pseudo-Gothic palace. It has previously housed the Dutch consulate, a posh hotel, future pilots and the Soviet army, before being turned into a museum in 1975.

Getting Around
Being a port, traveling by sea is the easiest and most common way of reaching Tallinn. There are ferry shuttle routes from Helsinki. You could choose between the fast hydrofoil and a catamaran. For the jet-setters, the Tallinn Airport (or Ulemiste Airport) is just about 5 km from the city center. There are also fairly frequent bus routes that radiate out from Tallinn and serve other countries.

Within the city, you have the option of enjoying the efficient bus, trolley bus and tram networks. Taxis are of course, also available on call.

Eating Out
In Tallinn you will find several eateries serving everything from solid German-influenced Estonian dishes to delicate French cuisine with a local twist.

If you are looking for something quintessentially Estonian, try pork with sauerkraut and roast potatoes, Baltic herring, broth with dumplings and meatballs, beetroot salad, jellied veal, cottage cheese or blood pudding. Forget your cholesterol levels while you holiday here and enjoy the fare.