Bucharest – The capital of Romania named after a shepherd called Bucur

According to a Romanian legend, the city of Bucharest was founded by a shepherd named Bucur, literarily meaning joy or happiness, who dazzled people with the way he played his flute and endeared him to locals because of the good wine from nearby vineyards, therefore the local residents decided to name the town after him. 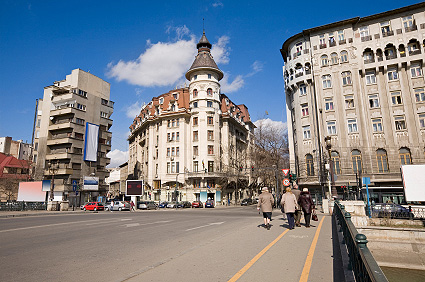 Bucharest, the capital city and industrial and commercial centre of Romania, was originally known as the Dambovita citadel. As compared to most of the other European cities, Bucharest is a relatively new city, its existence first being referred to by scholars as late as 1459. Between the two World Wars, Bucharest was called Little Paris owing to its elegant architecture, the sophistication of its elite and its wide, tree-lined boulevards. Most of the buildings and districts in the historic centre were damaged or destroyed by war, earthquakes and Nicolae Ceausescu’s program of restructuring the city, but much survived.

Even though it is not very old, Bucharest has a historical charm, from the streets of the Old City Center, to the grand architecture of the Royal Palace. The city also has a large number of museums, art galleries, and unique architectural sites.

Historical background:
Once the city was founded, according to legend by a shepherd named Bucur, Bucharest has gone through alternate periods of development and decline. The city is first mentioned as the Citadel of Bucuresti in 1459, when the Wallachian prince Vlad III the Impaler built a fortress here and used it to hold back the Turks threatening the Wallachian state. However, archaeological excavations revealed the existence of over 150,000 years old prehistoric settlements.

Bucharest became the capital of Walachia in 1659, and also its main economic center. In the beginning of the 17th century, the city was burned down by the Ottomans but was restored and continued to prosper. It also became the location for the Wallachian court.

In the next two centuries, the city was partially destroyed by natural disasters, rebuilt several times, hit by a plague, wrested from Ottoman control and occupied at several intervals by the Habsburg Monarchy and Imperial Russia. Between 1828 and the Crimean War, it was under the Russian administration after which an Austrian garrison took over.

In the year1847 tragedy struck the city again, this time the city was consumed, almost entirely by a fire, destroying a third of the city. In 1861, when Wallachia and Moldavia were united to form the Principality of Romania, Bucharest became the new nation’s capital and in 1881, it became the political center of the newly-proclaimed Kingdom of Romania.

During the second half of the 19th century, the city gained much popularity and to keep up with its growing status, it began to develop its urban areas with extravagant architecture and cosmopolitan high culture of this period, giving the city its sobriquet of the Paris of the East or Little Paris (Micul Paris), with the Victory Avenue representing Paris’ Champs-Elysées.

During most of the First World War, the city was occupied by German forces and after the war, Bucharest became the capital of Greater Romania. Then again during the World War II, Bucharest suffered heavy losses.

Between 1965 and 1989, under the leadership of Nicolae Ceausescu, most of the historic part of the city was destroyed and replaced with high-rise apartment blocks. In 1977, a strong earthquake, 7.4 on the Richter-scale, claimed many lives and destroyed many old buildings. However, the city still retains some of its historic neighborhoods.

Sights:
The Arch of Triumph: The 85 ft high arc was built, initially in wood, in the year1922 to honor the bravery of Romanian soldiers who fought in World War I. It was completed with granite in 1936. Visitors can also climb to the top, by the means of an interior staircase, for a panoramic view of the city. The sculptures adorning the structure were created by leading Romanian artists.

Cantacuzino Palace: Prime Minister Grigore Cantacuzino was one of Romania’s wealthiest citizens in 1899 and wanted to have the most elegant residence in Bucharest. The Palace was built combining a neoclassical architectural style with art nouveau elements, featuring wrought iron balconies, tall arched windows and an elegant wrought-iron doorway flanked by two lions. Today, the palace houses the George Enescu Museum.

George Enescu Museum: Located in the Cantacuzino Palace, the museum displays documents and various objects that belonged to the great Romanian composer and violinist George Enescu, including a Bach music collection he received as a gift from Queen Elisabeta of Romania.