When you visit Stockholm, you will whole-heartedly agree with the people at The Ultimate Guide to International Marathons for choosing the course for the Stockholm Marathon as the “world’s most beautiful”.

The modern city with its neat, clean-cut and innovative design, intermingles with a glorious and rich traditional past. The city is architecturally magnificent, the infrastructure is well-planned, it has countless parks and gardens including 54 golf courses, and large water bodies that sets it apart from many other congested capitals.

Bask in the warm sunshine in the summers sitting at a restaurant by the water’s edge. Have fresh seafood and go for a stroll in one of the many parks in the city. When the winter sets in, head for some of the trendiest bars in Europe. And in the severe winter months when many of the water ways freeze up, skate on the ice and have a magical experience you will never forget.

Apart from the Nobel prizes, Sweden is also known to publish more cookbooks than any other country and is the third largest exporter of music in the world. And Stockholm is the only capital in the world that permits hot-air balloons to fly over it. Once you start delving into deeper depths of the city, you will find much to be amazed by.

Location
Stockholm is built on 14 islands connected by 57 bridges. Spread across 24,000 islets and laced with numerous waterways on the southeastern coast of Sweden, it is one of the most beautiful capital cities in the world. The city is made up of over 30% waterways and 30% parks and other green spaces giving the city fresh air and a feeling of spaciousness.

Located on the east coast of Sweden where the Lake Mälaren meets the Baltic Sea, the Stockholm archipelago is very picturesque. The geographical city centre is virtually situated on the water, in the Riddarfjärden bay.

History
The name Stockholm is said to be derived from the spot where a log (stock) pushed into the waters, and following its currents, drifted upon an islet (holm), making it an ideal location for a harbor. Stockholm appears in Nordic sagas as Agnafit, especially in connection with the legendary King Agne. The city is said to have been founded by Birger Jarl in the mid-13th century on the site of a fishing village in order to protect Sweden from a sea invasion.

In 1520 when Christian II of Denmark and Norway proclaimed himself also king of Sweden at Stockholm, he ordered the massacre of about 100 of the anti-Danish nobility. The Stockholm massacre, as it was called, led to the successful uprising of Swedes under Gustavus Vasa, who then became king. Stockholm became an important trading centre. Gustavus made Stockholm the center of his kingdom and was made the official capital of Sweden in 1634.

Within just half a decade, between 1850 and 1900, the population of Stockholm tripled. By the 19th century new industries emerged and Stockholm became a key gateway point within Sweden. A number of scientific institutes opened in Stockholm, including the Karolinska Institute. The city also hosted the 1912 Olympic games.

By the next century, Stockholm strove to become more modern and technologically advanced. Many historical buildings were torn down and replaced with modern architecture. Many industries shifted from work-intensive activities to technology and service industries. The city continued to expand throughout the century and new districts like Rinkeby and Tensta were created.

Climate
Owing to the city’s high northern latitude, Stockholm has extremely varied climate with distinct seasons. In late December during the winter solstice, the day lasts for just about six hours, whereas during the summer solstice in June, there’s daylight  for over 18 hours! The highest temperature ever recorded in Stockholm was +38°C and the lowest was -32°C.

In this region you also get to witness some of Nature’s marvels. The Northern Lights (Aurora Borealis), the Midnight sun during the earlier summer months (May, June, and July), and the Polar nights are some occurrences that you can only find here.

Getting there and around
One city and four airports—that itself speaks volumes of Stockholm’s popularity and importance in the region. The Arlanda airport is a major aviation hub for the Baltic and Scandinavian regions situated 45km north of Stockholm. The airport is used by 60 international airlines. Located 8km west of Stockholm, Bromma Airport is an important hub for domestic flights. The Skavsta airport, 100 km south of the city is a major cargo airport. Lastly, there is the Vasteras airport an hour away from the city. 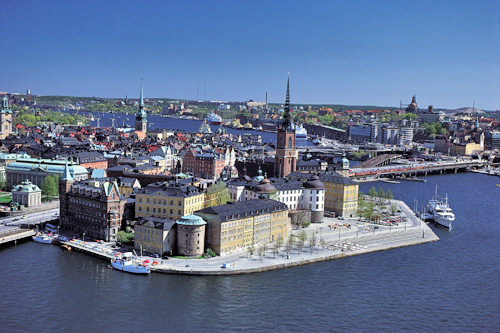 Stolkholm has an extensive public transportation network consisting of the Stolkholm Metro – Tunnelbanan; three regional and suburban rail systems – commuter rail, Roslagsbanan and Saltsjöbanan; three light rail systems – Nockebybanan, Lidingöbanan and Tyärbanan; and a large network of busses and ferries. The Stockholm archipelago is served by the Waxholmsbolaget boats. 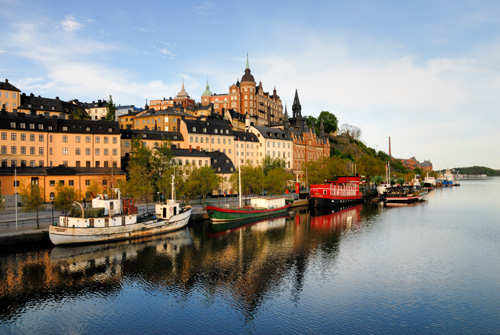 A common ticket system in the entire city allows for easy travel between different modes of transport. The Stockholm subway is also known as the world’s longest art gallery. About 90 of the subway’s 100 stations in the 68 miles long network are adorned with artwork such as paintings, sculptures, and mosaics.

Taxis in the city are on the expensive side especially since there isn’t any pricing regulations in effect. Small operators could charge outrageous prices so it is best to stick with major companies like Taxi Stockholm, Taxi Kurir and Taxi 020.