Port-au-Prince – the Largest city of Haiti

Port-au-Prince, meaning Port with Prince (Potoprens in Creole, the local language) is the capital and largest city of Haiti, and literally signifies the landing of a captain in his boat called Le Prince. Located on a bay off the Gulf of La Gonave, the city’s layout resembles that of an amphitheatre; commercial districts are near the water, while residential neighborhoods are located on the hills above.

Port-au-Prince exudes a small town feel even though it has more than one million inhabitants and it’s by far the largest city of the country. However, the city is notorious for its high crime rate with kidnappings, and frequent exchanges of fire between police and United Nations troops or criminal gangs. But with some caution and understanding of the situation, it is a beautiful region to be explored and its people, you will wind, are some of the friendliest and liveliest of all, not to mention the most colorful.

The country’s chief exports are mainly coffee and sugar. It was founded in 1749 by French sugar planters. The region has tropical climate with high humidity. There is intermittent rain throughout the year but through the months of June to October, it can get quite wet and hurricanes can also be expected. Hill resorts are a good option to stay at since they are much cooler.

Historical overview:
Before Christopher Columbus stepped foot here, the region was virtually isolated and devoid of any permanent human settlement. At the end of the 15th century, the region was under the control of an Amerindian ruler by the name of Bohechio, who preferred to settle away from the coast as the coasts would have proven to be tempting targets for the Caribs, who lived on neighboring islands. Instead, they used the area as a hunting ground. 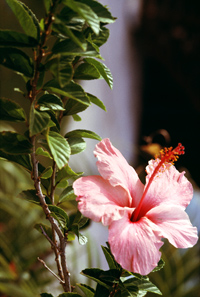 With the arrival of the Spaniards, the Amerindians were forced to become a Spanish colony. Bohechio was succeeded by his sister, Anacaona, who tried to maintain cordial relations with the Spaniards, who were overcome by greed for larger tributes and territory. In 1503, Nicolas Ovando, then governor, set about to put an end to the regime headed by Anacaona so that the Spanish colonial administration could rule directly. He invited her and other tribal leaders to a feast and got them all very drunk, while remaining sober themselves, then ordered most of the guests killed. Through violence and disease, the Spanish settlers decimated the native population.

The Spanish founded a settlement not far from the coast named Santa Maria de la Paz Verdadera and later Santa Maria del Puerto. The latter was first burned by French explorers in 1535, then again in 1592 by the English. The Spaniards proved to be no match for them, and tired of these assaults, it decided to abandon the region in 1606.

For more than 50 years, the area was used for different purposes by different people. Dutch merchants came here frequently in search of leather as game was abundant there. Then around 1650, French pirates began to arrive on the coast and managed to establish a colony and even set up a hospital not far from the coast. This led to the region being known as Hopital.

Spain tried to retain its formal claim to the territory, and the growing French presence provoked the Spanish crown to dispatch soldiers to reclaim the land. The Spanish were outnumbered and outgunned, and failed miserably. In 1697, the Spanish government signed the Treaty of Ryswick, renouncing any claims to Hopital.

In order to protect the area, in 1706 a captain named de Saint-Andre sailed into the bay just below the hospital, in a ship named Le Prince and people believed that is how the port and its surrounding areas got its present name.
In 1749 the city of Port-au-Prince was founded and in 1770, it replaced Cap-Francais as capital of the colony of Saint-Domingue, and then in 1804, it became the capital of newly-independent Haiti.