Copenhagen, the charming capital city of Denmark is located on the Oresund Strait. The city apart from being well known for its landmarks such as the Little Mermaid and the Tivoli gardens is renowned for its cutting edge design development in the fields of industrial and product designs. The Danes have also been in the news in recent times for the controversy surrounding a Danish cartoon published in a local newspaper which seemed to offend the sensibilities of the Muslim community the world over. The Danes today are known as world leaders in wind farming technology. The environmentally conscious and ecologically aware Danish government is making a concentrated effort to reduce the emissions of green house gasses as well.

History
The earliest origins of the city can be traced back to 1167 when the Bishop Absalom constructed a small fortress on the canal encircled island called Slotsholmen. The fortification was constructed to protect the harbor side village from raids by the marauding German wends. The village grew in stature and adopted the name Købmandshavn which evolved into København. However this fortress was destroyed in 1369 by the Germans and soon a new protective structure was established at Copenhagen Castle. The Danish King Erik of Pomerania established this castle as his capital in 1416 and thus the city of Copenhagen came to be established. The population of Copenhagen grew steadily towards the early part of the eighteenth century.

However this growth was adversely affected by events such as the bubonic plague, fires and Napoleonic wars when the city was relentlessly bombed by the British who were angered by the supposed Danish support for Napoleon. The era following these catastrophes and disasters was the golden age in Danish history for it was at this time art and culture flourished in the Danish capita l.Luminaries such as the writer Hans Christian Anderson, philosopher Søren Kierkegaard, Christoffer Wilhelm Ecksberg, the founder of the Danish school of art and sculptor Bertel Thorvaldsen all rose to prominence during this time.

During the Second World War the Danes tried to remain neutral as they had during the First World War but this didn’t stop them from being occupied by the Nazis this time around. The Nazi occupation lasted five years and at the end of the war Copenhagen had suffered a fate similar to other European cities occupied by the Nazis. Soon after the war the government embarked on a rehabilitation and rebuilding program which saw the establishment of a socialist state in Denmark. In the late 1960’s student protest led to the creation of ‘a free state of Christiana’ on a military base located on outskirts of Copenhagen which is governed by the rules of communal property. The popularity of this concept has prompted the government to allow it to continue as a social experiment. 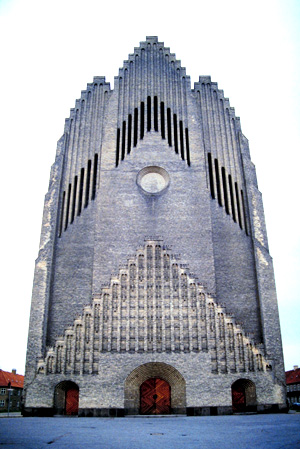 The best months to visit Copenhagen are in the summer months of May to September. Day temperatures in the summer months are usually around 68°F (20°F). The summer months sees the city come to life as its cafes and squares are filled with the local populace and tourists basking in the warm sunshine. The city’s popular Aalborg Carnival commemorating the triumph of spring over winter is held in late May and enhances the festive spirit prevailing in the city. The coldest months are January and February when temperatures hover around 50°F (10°C) but these relatively mild temperatures are usually accompanied by rain and cloud cover which makes one’s surroundings feel significantly cooler. The maximum amount of rainfall is received by Copenhagen in the months of July to December.

Currency
The currency used in Copenhagen is the Danish Krone(DKK) which is made up of 100øre. ATMs are available all through out the city and credit cards are widely accepted.

Banks in Copenhagen are generally not open on the weekends but several bureau de changes remain open to meet the needs of tourists.

Language
Even though Danish is the official language English is widely spoken and understood.

Getting to Copenhagen
By Air
Copenhagen’s International Airport is called Kastrup and it is situated at a distance of 8 km to the south east of Copenhagen city. The airport is the hub of the Scandinavian airline SAS. The airport has all the amenities of a modern airport including a shuttle bus which runs between terminals and helps passengers transfer between Terminal 1 which is the domestic terminal and Terminal 2 which is the international terminal. Low cost carriers such as Easy Jet, Air Berlin, Sterling and budget airline of SAS, Snowflake serve the Kastrup airport and connect Copenhagen to a number of European cities. Transfers to the city are available by taxi, train, bus and car. The train from the airport to the central station called Hovedbanegården in downtown Copenhagen takes twelve minutes with the ticket costing approximately 30 DKK. The ticket needs to be validated before it is used. Major international car rental companies such as Avis, Hertz have offices at the airport. Taxis are available at the arrivals terminal and fares which include VAT can be paid by credit card. Several local buses serve the airport and provide another link to the city center.

An alternative route to reach Copenhagen by air is to fly into Sweden’s Sturup Airport in Malmö Sweden and get to Copenhagen by train. The journey to Copenhagen’s central station takes only thirty minutes. Low cost airline Ryan Air serves Malmö’s airport.

By Bus and Train
Trains from cities such as Odense and Aarhus come into Copenhagen’s central every hour after traversing the Storeboelt Bridge. Train links also exist to Hamburg and Lübeck in Germany. The train links use the train and ferry crossing called Rødbyputtgarden. Buses from Malmö in Sweden use the Øresund Fixed link built in July 2002 to come into Copenhagen’s central station. This journey from Sweden takes a mere thirty minutes. Several Bus companies such as Swebus Express and Gråhundbus provide bus services to Copenhagen.

By water
Ferries provide waterway links between Copenhagen and Oslo and Swinouzcie in Poland. The city of Copenhagen has several marinas where berths are available for yachts visiting from other parts of Europe. The largest marina is called Svanemøllehavnen.

Getting around Copenhagen
The city of Copenhagen is well served by an efficient public transport system consisting of trains, buses, the metro, taxis cycle rickshaws and city bikes. The public transport system can be accessed by a single ticket which can be used on trains, buses and the metro.
Tourists should use the Copenhagen Card which is available for a day or three days and provides discounts to attractions as well as travel in public transport. The Bus service in the city operates from 5 am to 12.30am and there are buses called N Buses that run all night. The regional train system of Copenhagen is called S-tog. The buses connect with the S-tog train lines outside the city. Buses are yellow in color with Bus stops clearly marked with yellow signs.

The S-tog trains also operate from early morning to midnight and have a frequency of three trains on the hour. The metro is composed of two lines M1 and M2 and this system runs from Vanløse Station to Lengravsparken in East Amagar, to Ørestad in West Amager and to Frederisksberg. The metro runs all night on Friday and Saturday nights. Free bicycles called City Bikes are available for use during the summer months of May to September. The City of Copenhagen has designated Bike paths all throughout the city. The bikes can be picked up and dropped off at various Bike Parks all over the city and they require a deposit of 20DKK which is returned to you when you return the Bike. Cycle rickshaws like the ones which operate in the Far East have been introduced recently and have proved to be very popular. Licensed taxis are operated by five taxi companies in the city and these taxis can be flagged down anywhere in the city.

One can also avail of a harbor tour operated by firms such as Canal tours and Netto Boats by purchasing a one day ticket. This tour gives one the ability to hop and off while taking in the sights such as the fortress ‘Trekroner’, Christiana and the old city.