Brussels – The Capital of Europe

With a thousand year old history, Brussels is where the old world charm meets the modern age technology. The capital of Belgium and as the administrative centre of the European Union, Brussels has earned the title of the Capital of Europe. If that isn’t enticing enough, maybe its famous chocolates and beer would draw you here for a nice long holiday filled with gastronomic delights and captivating sights!

Brussels is a mix of French and Flemish cultures, and is home to various other nationalities. It is a union of 19 communes forming one of the three Regions of the federal Belgian state—the capital of the Kingdom of Belgium, the headquarters of the French and Flemish communities. The city’s picturesque medieval streets, dynamic squares, charming boulevards, monuments, parks, cozy cafes, and its active cultural life make it an ideal tourist attraction.

Brussels is good to visit any time of year but the most popular months are between May and September, when the weather is at its best. From November to March, the weather is often freezing with frequent showers, but you can make the most of the weather by escaping into the city’s many museums or cafes.

History
The name Brussels comes from the Dutch word bruocsella which means marsh home or more precisely, ‘a one room house in the marsh’. The city is believed to be founded around 979 when the preacher, Saint Gorik, built a chapel on a small island formed by two arms of the Zenne. 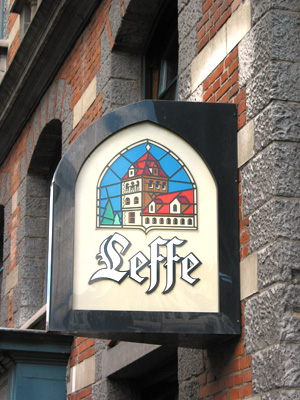 Carl of France built a castrum (fortress) on the island and after his death at the end of the 10th century Low-Lorraine was taken over by Lambert of Leuven. Around the 12th century, this small town became an important stop on the trade route which boosted its development, and as it grew the surrounding marshes were drained to allow for further expansion. A new city wall was constructed as the former one was already proving to be too small.

Around the 13th century, the city’s guilds, or corporations with a stake in the city administration, and the elite group of citizens started disputing. A period of restlessness follows until the Duchess Joan comes into power and Brussels once again becomes a thriving city. But the economic boom lasts only until the end of the 14th century. For the next 50 years, an economic recession takes place but Brussels survives by starting to manufacture luxury goods.

In the 15th century Brussels became the Princely Capital of the Low Countries governed by Charles V since he was just six years old. The territory was actually governed by his aunt Margaret of Austria until 1515, when he came of age and was declared King of the unified Spain.

In 1519 Charles also became the new archduke of the Austrian Empire and subsequently the Holy Roman Emperor till he abdicated in 1555. In 1695 Brussels was attacked by France which destroyed more than 4,000 houses, including some medieval buildings. Again, in the beginning of the 18th century, Austria takes control over Brussels. The last foreign emperor over Brussels was the Dutch emperor William I who had to leave in 1830 after a successful independence struggle in Brussels. In 1831 the first Belgian king, Leopold I, ascends the throne and Brussels became the capital of the new Kingdom of Belgium.

During the World War II, the city came under heavy attacks by the German army and was severely damaged. After the war, Belgium was divided into two semi-independent regions—Flanders and Walloon Provinces. Brussels later became the capital of the European Union.

See & Do
1. The Grand Place (Grote Markt): Many eminent people like Victor Hugo and Baudelaire have been taken in by the charm of the market square with its impressive Town Hall, King’s house and the Guild houses. Once, English wool, French wines and German beer were sold here. The annual Ommegang (a historical procession) and the biennial flower carpet show both are held here and attract a huge crowd.

a. The King’s House: Also called Het Broodhuis or La Maison du Roi is situated in the Grand Place square opposite the Town Hall. The neo-gothic structure with its decorative statues now houses the historical City Museum since 1887. On display are original statues of the town hall, paintings, wall tapestries and different artifacts relating to the history of the city. 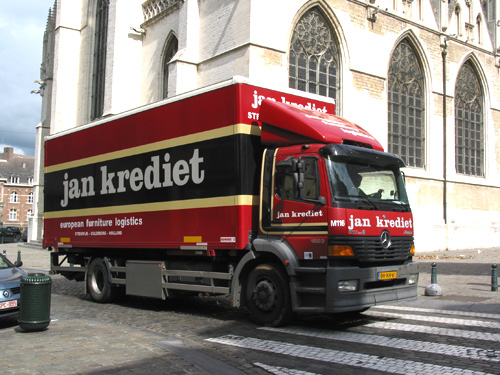 The Dutch name Broodhuis, literally meaning the bread house tells us that originally this was a bakery. Around the 13th century it was a wooden construction used by the bakers. In 1405 a stone building replaced it, and in the early 15th century when the bakers sold their produce from house to house, the hall began to be used for administrative purposes by the Duke of Brabant, hence the French name Maison du Roi.

b. The Guild Houses: This is actually a set of houses, not all of them belonging to the guilds, as some were privately owned. The guild members, to display their wealth and political power, built houses in which they regularly met. During that period, houses had no numbers, since there were so few of them. They could be identified simply by their names. The houses usually also had a little statue or some identifying mark like the ones in the Grand Place—a rose, swan, star, etc.

2. The Royal Park: the enormous 11th century palace is situated on the site where the medieval court of Brabant used to stand. The castle was built here for him and his successors kept expanding it turning it into one of the most beautiful and picturesque royal residences in medieval Europe. The entire complex, however, burnt down in 1731 and was never reconstructed. A part of this royal residence, the warande, or the forest was turned into a public park by the Austrian empress Maria-Theresia.

3. The Sablon Square: The Sablon is one of the most prestigious areas in Brussels and a center for antiques shops and art galleries.
Its weekly antiques market held every Saturday is a major crowd puller. There is a well laid out park nearby called Le Petit Sablon which is surrounded by 48 little statues representing the medieval guilds of Brussels.

a. The Our-Lady-of-the-Sablon Church: The Sablon Church stands out in the Sablon Square. The Brussels guild of Archers had this little chapel built dedicated to the Holy Virgin. In 1348, a woman is said to have received a vision from the Holy Mother asking her to steal a statue of the Madonna from a church in Antwerp and to bring it over to the Sablon chapel in Brussels. The statue was believed to have miraculous powers and the church soon became a major pilgrimage site. The Guild of Archers ordered for the transformation of this small church into an impressive and massive gothic church that we see today.

4. The Palace of Justice: Built between 1860 and 1880 in eclectic style, the Palace is believed to be the biggest building constructed around that time. The 105 m high palace is spread over a massive 24,000 sq m and is still used today as the Supreme Court of Law for Belgium. It is ideally situated on top of a hill, which was once called the Gallows Hill in the Middle Ages.

5. The Cinquantenaire Park: To celebrate Belgium’s 50th anniversary of its independence in 1880, King Leopold II wanted to have a world exhibition organized in Brussels, for which this enormous park with exhibition halls was built. The Triumphal Arch was built in the park to serve as a monument to illustrate the glorious past of Brussels, and it stands out among the other attractions here. Exposition pavilions were also built that now house museums—the Auto world museum, with its splendid collection of vintage cars; and the Army Museum with a collection of the space and aviation department of the army museum.

6. The Royal Residence: The palace in Brussels is the official office of the king, but the one in Laken, built in 1772, is where the royal family lives. It was purchased by Napoleon in 1804 after the French take over, and after the battle of Waterloo in 1815 it became the property of King William I, King of the United Netherlands. After a fire almost destroyed it in 1890 it was rebuilt and enlarged and became the royal residence during the reign of King Leopold III. The Japanese tower and the Chinese Pavilion in the estate are made by specialists from Yokohama and Shanghai, and are worth a visit. On display are Chinese porcelain items from the 17th and 19th century and Japanese art objects.